Get to Know Starr Hagenbring 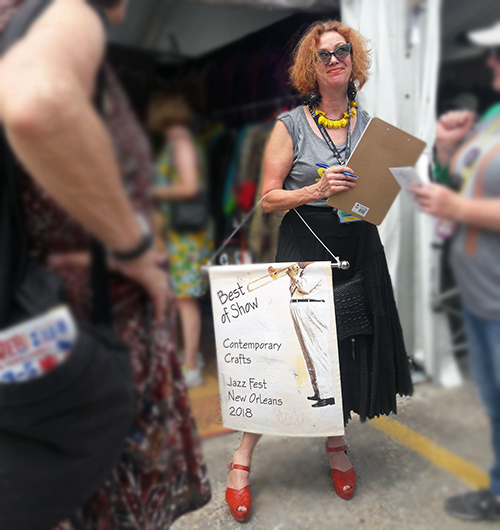 Starr Hagenbring is the owner and proprietor of Art & Eyes, a successful fashion boutique in New Orleans, LA. She’s also a long-time artist, fashion designer and supporter of the arts.

Originally from Chicago, Starr was heavily involved in theater and the performing arts. She created award-winning costumes and set designs for a wide range of productions, establishing herself as an accomplished and versatile artist.

For college, Starr majored in design at the University of Kansas, where she further refined her skills and exploring the many styles that she would later incorporate into her own designs. After graduation, she moved to New York City, where she once again picked up costume and set design for off-Broadway productions.

Starr’s time in New York was during the early 1980s, when it was possible to affordably open and run a small boutique shop—so that’s exactly what she did! She worked to open a small clothing and accessory store in SoHo, crafting and selling elaborately hand-painted and -beaded jackets and gowns. This emphasis on lux jackets would eventually help Starr establish herself as a respected clothes designer in New Orleans, Gretna, and Metairie, LA.

Today, Starr continues to produce a wide range of custom-designed fashions that customers can see on display at Art &amp; Eyes. Her palette is a stunning collection of fabrics, pieced and exquisitely hand-painted, and free-form top-stitched, integrating playful dexterity and meticulous construction in each piece.

To see Starr’s fashions for yourself or to experience a unique and appealing selection of art-to-wear eyeglass frames and lenses, contact us or visit Art & Eyes today! 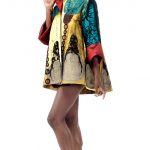 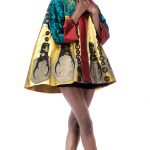 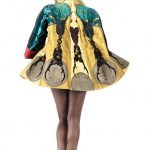 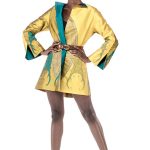 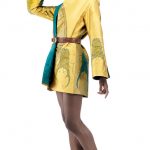 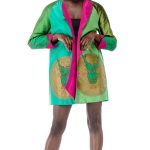 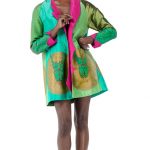 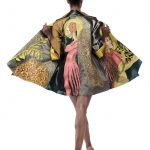 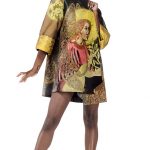 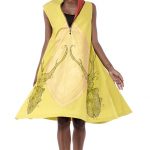 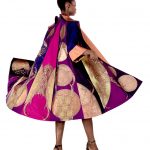 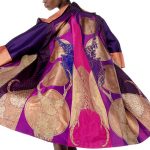 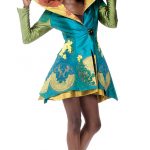 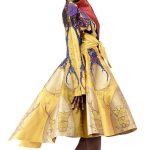 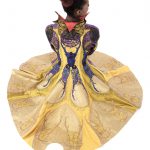 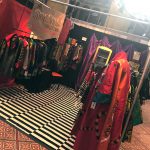 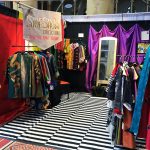 “New Orleans-based Starr Hagenbring, formerly of New York City, creates artful jackets and coat dresses out of luxurious silks. Her palette is a stunning collection of fabrics, pieced and exquisitely hand-painted, and free-form top-stiched, integrating playful dexterity and meticulous construction in each piece.”

It all comes down to beauty and fun, says Hagenbring. The multifaceted New York artist with a gale-force-energy level stands in her compact midtown apartment, which is chockablock with books, paintings, antique furniture, spirit dolls, starfish, and other detritus of an artistic life. A sewing form stands by the window, bottles of paint line a work corner, colorful threads and fabrics dominate the tidy lofty studio.

A native of Chicago, Hagenbring became a theatre junkie in high school, winning honors for her costumes and set designs. She majored in design at the University of Kansas, then moved to New York where she did costume and set design off-off-off-off-Broadway. It was the early 1980s and rents were still reasonable. She opened a shop in Soho, making and selling elaborately hand-painted and -beaded jackets and gowns.

I get really turned on by colors, says Hagenbring, and by textures and by painting. After years of searching for the perfect medium, this is as perfect as it gets. Doing it on her own terms is critical. You cant work as many hours as I do and not enjoy it or you would go mad. Working as she does for someone else is also impossible to imagine. Art is a personal thing. Its an extension of myself. Its a pleasure to work this many hours. Its a joyful experience.